Practicing My Craft Every Day 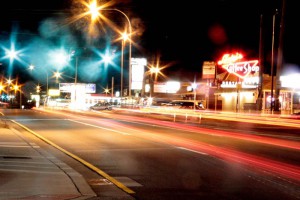 There is, here in my home state of Delaware and in many other places, an annual event called “Fun-A-Day.” The idea is simple: set yourself a project and add to it one piece every day for a month. It could be a serious art series, albeit with small projects, or something just plain silly, like picking up a new twig on your daily walk. There are no rules, other than a maximum size for 2D work, no limits on who can participate (over 100 in 2016!) and everybody gets to show their projects at the end of the month in a one-night show.  Fun.

I use this event as an excuse to break out of my own mold and develop an idea that needed a little incentive to start.  The first year it was lumen prints.  It was a lot of fun and I learned more than a couple things along the way. One of them was that daily projects should not be totally dependent on the weather. Lumen prints don’t work nearly as well inside a warm, dry house as they do in a bright, sunny outdoor spot and I ended up spending a few days playing catch-up.

Last year and this year, it has been night photography. I can’t count how many times I 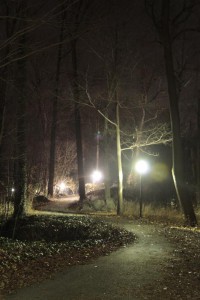 have admired the lights from cars, traffic lights, street signs and lamp posts on wet roads, the glare in fog and just streaking down the road on night road trips.  Equipped with both a DSLR and a waterproof point-and-shoot, I spent my time on nightly sojourns to different spots near home or wherever I happen to be. I’d set my camera on a tripod, program it for a 30-second exposure and watch the traffic swirl, the street lamps glow and the magic appear on my view screen. Lights on cars became long streaks of light across the frame. Unmoving lights become brilliant stars. The world is transformed.

There were lessons to be learned here, as always. Among them:

A third-generation, informally trained photographer, Heather Siple has been taking pictures since she was old enough to hold a point-and-shoot steady. Her work has appeared across the US and internationally in museums, galleries and publications. Siple is the founder of the photo group ArtLane PCG .
View all posts by heather →
This entry was posted in Uncategorized. Bookmark the permalink.